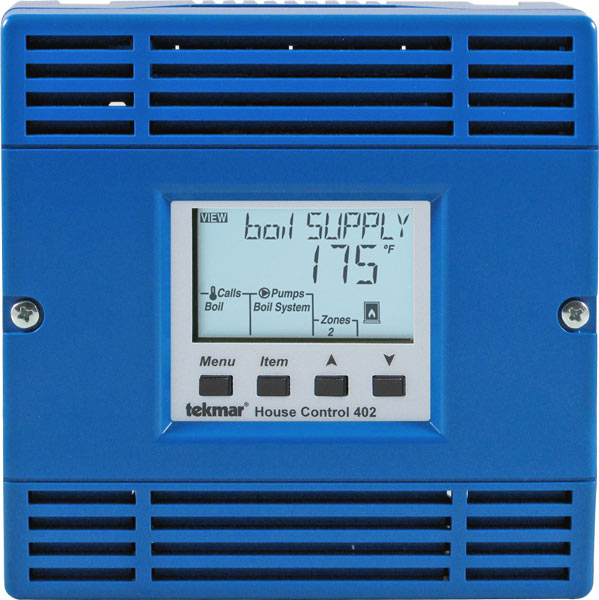 The tekmarNet 2 House Control 402 is designed to operate all the mechanical equipment in a residential hydronic heating system, coordinating their operation through network communication. It can be used in applications ranging from a single zone of baseboard with an on/off boiler to multiple fan coils, mixed radiant floor heating zones, and a modulating/condensing boiler. This control regulates up to two heating water temperatures through Outdoor Temperature Reset and Indoor Temperature Feedback. It is capable of controlling a single on/off, two stage, or modulating boiler, a mixing device, Domestic Hot Water, setpoint loads, 4 on-board zone valves, and can expand up to 24 zones in total for each space heating water temperature.

This is a preview of the recently viewed products by the user.
Once the user has seen at least one product this snippet will be visible.